The Future of the BC Wine Industry: Look to WA state?

Here's a great article outlining the history of the Washington state wine industry and how that state has dealt with and is still dealing with the post-prohibition regulatory environment: This Changes Everything? The Washington Costco Initiative. Anyone interested in the future of the BC wine industry should read this article. We are only just starting to deal with the issues that are covered here and, in my view, the history in WA will provide valuable indicators of what will eventually happen here. The BC wine industry cannot exist in perpetual isolation from the world market. Sooner or later, we will join the rest of the globe ... better to be ready! UPDATE: this article has now been expanded into a three part series ... all the parts are excellent and particularly worthwhile is the discussion related to the effects of privatization on a small winery's business.

A number of issues related to liquor privatization are in the news this week:

Private Liquor Stores in BC: this week's edition of Business in Vancouver lists the area's leading private liquor stores and has an article which reviews some of the challenges facing private retailers when they have to source all product from their biggest competitor, the BCLDB.

LCLB Policy Directive on Standalone LRS: A new policy directive from the LCLB (PD 10-05 Standalone requirements for licensee retail stores) was just issued which deals with the continued requirement that LRS stores must operate as "standalone" businesses and cannot be visibly associated with other businesses. The justification for these requirements is that "government does not support licensee retail stores in premises located in or associated with any other business, with the exceptions of an LP, a licensed hotel (including associated FP), or LRS". This policy rationale is likely difficult to understand from a consumer's perspective - in reality, it is likely aimed at preventing supermarkets and big box businesses from operating liquor stores. However, it is also questionable from a legal perspective - commercial speech through signs and advertising is protected by the Charter of Rights. If an LRS was actually connected with a nearby business, I don't see how government can prevent it from saying so!

A proposal to introduce minimum alcohol pricing in Scotland has been defeated on the grounds that it "would penalise responsible drinkers, harm the Scotch whisky industry, cost jobs and [is] probably illegal". Opponents of the measures, which were introduced as a potential response to problem drinking, pointed to the likelihood that the rules would likely "breach EU and international trade rules". As readers likely know, BC has had minimum shelf prices for alcohol for a long time. I have questioned the utility of these policies, as they are currently used, since they simply create windfall profits for suppliers and provide no proven benefit in terms of reducing problem consumption.

A front page story in this week's Business in Vancouver ("Entrepreneurial spirits dampened") explains that BC's artisan spirits industry wants to be treated like BC's wine industry. The article chronicles numerous problems including the familiar ones of hefty LDB markups as well as with the inefficiency of the LDB distribution system. At the present time, all spirits in BC, including locally produced artisan spirits, are routed through the LDB distribution system and are subject to full LDB markup (170%). As a result, the artisan spirits industry is asking for "direct delivery" treatment such that they can bypass the LDB system and its markups. While I have sympathy for their concerns, this is a thorny issue ... because it demonstrates the general inequity with the current BC distribution system and its many inherent structural problems: how is the government going to extend direct delivery to artisan spirits without also addressing the trade issue of discrimination against imported products? The obvious solution is a complete overhaul of the current system but I'm not holding my breath on that one.

Canada's toughest drinking and driving laws are now in effect in British Columbia. The new laws provide very stringent and immediate "administrative" penalties when a police officer determines that a driver has a blood alcohol level over .08, and lesser but still significant penalties if the blood alcohol level is between .05 and .08 (see this Vancouver Sun story and this CBC story for details). The new laws give police officers a great deal of power and discretion.

A colleague of mine who practices criminal law says that he is advising everyone he knows not to drive after drinking anything at all due to the new rules and to his belief that roadside screening devices and procedures are prone to error. If that is the broad consequence of the new laws, there may be some significant effect on winery tasting rooms ... the least of which may be to make sure that you increase your number of spit buckets.

Update: It appears that the above predictions have come true, at least to some extent. BC restaurants are reporting drops in liquor sales of between 10-40%. One winery owner reported that his on-site restaurant had seen initial drops in wine sales of 50%. There appears to be a great deal of confusion as to the actual effect of the new laws as well as if there is any permissible "safe" amount. For more information, please see this government page on impaired driving. This PDF chart of the new penalties may also be helpful. 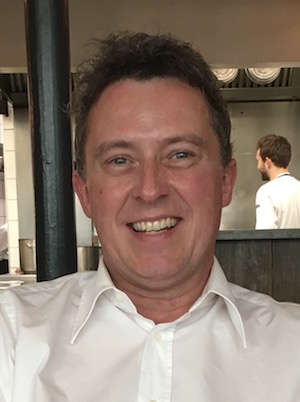 Please note that this site is intended to provide general information only. If you require specific or personal legal advice, please contact a lawyer.

This site provides general information on legal issues related to the wine industry in Canada, particularly in BC.

The information presented here comprises solely the views of the author personally.

More detailed legal information for industry including updates and notifications of changes is available by subscribing to topics at our related website, Alca Intelligence